Our church is led by a pastoral team of four plus our music & arts minister, parish associates and administrative staff.

A Ministry Team is a group of individuals with a shared call to particular forms of service to the mission of the church. 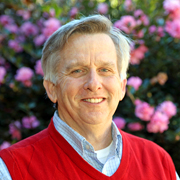 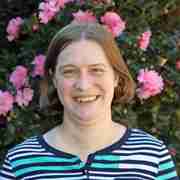 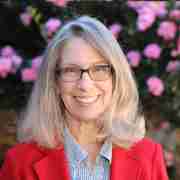 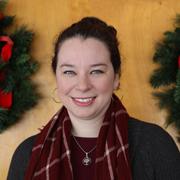 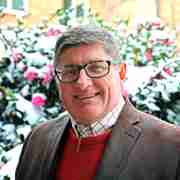 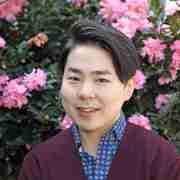 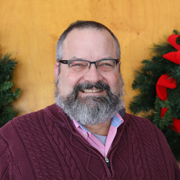 Learn About Our Pastoral Team 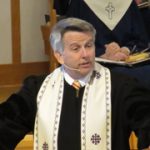 Jody Welker has served as Pastor and Head of Staff since July, 2004. He has served congregations in Newton, NC, Red Springs, NC, Bristol, TN, Morehead City, NC, and Auburn, AL.

Jody was raised in Jacksonville, Florida, and is married to Sharon. They have two grown children, Anna and Joe. Jody’s education includes the completion of his B.S. degree in Education at Auburn University and a Doctor of Ministry degree from Union Presbyterian Seminary in Richmond, Virginia. He has received additional training in administration, leadership development, spiritual growth, preaching and worship from the Alban Institute and other organizations.

At the Kirk, Jody is the lead pastor for preaching and worship. He provides leadership to the Session (governing body) as the moderator. His staff responsibilities include support for the Finance Committee as well as other ministry teams. He not only enjoys preaching, but also enjoys teaching. Beyond the Kirk, Jody is active in Presbytery and was a 2004 Commissioner to General Assembly.

He has a passion for youth and children as he has been a presenter for the LOGOS Systems Associates for several years. Missions are important to him as he has led mission trips to Zambia, Mexico, and Honduras over the years. Most recently, he has been an active participant in the Kirk’s Guatemala Mission partnership.

Jody enjoys social time with family and friends and attending sporting events. He plays golf as a “social duffer” and enjoys running for exercise. Jody and Sharon like to travel and especially enjoy time in the mountains. 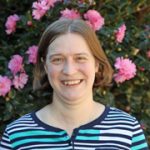 Stephanie is Associate Pastor for Christian Education and Mission. She has been at the Kirk since 2003 and was ordained in 2005. While she moved many times in her younger years (Oxford, England; New Mexico; Illinois; Texas; New Jersey; and Louisiana). She claims Louisiana as home, though she has now lived in North Carolina for longer than anyone else.

She received her undergraduate degree in Sociology and Religion from Wake Forest University and her Master of Divinity from Princeton Seminary. During her time at the Kirk, Stephanie has gotten married to James “Jim” Machado Workman, another Presbyterian minister. Together, they have a very active and adorable son, Clinton, and a rescue dog named Sandy. 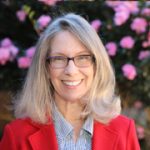 Melinda Merkley King is our Associate Pastor for Congregational Life and Discipleship.

She is originally from Delaware and still returns to the First State to visit friends and family. She is a 1991 graduate of James Madison University and a 1995 graduate of Union Presbyterian Seminary.

Since her ordination, Melinda has served churches throughout central North Carolina as solo pastor, director of youth ministry, stated supply associate, and supply preacher. Melinda is married to Brian King, and they have two  sons, Oliver and Isaac. Melinda’s favorite things include good books, good food, good times with family and friends, and Jazzercise.

Her mission statement is “Praise God from whom all blessings flow.” 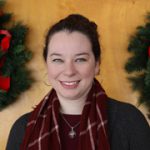 Jordan is the Associate Pastor for Youth and Young Adults. She received her Master of Divinity from Union Presbyterian Seminary in 2014 and has a passion for building relationships within the Church and the world.

Jordan received her undergraduate degree in both Music Performance and Music Education at the University of North Carolina at Greensboro. She is a native of the Triangle, having grown up in Raleigh, and now lives in Durham. Jordan is married to Marc, a professional guitarist in the area, and finds great joy in cooking, being outside, and playing with their cats. 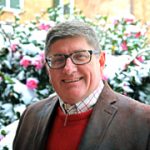 After being away from his home state over twenty-years, Dr. Larry Abernathy was called to serve as the Director of Music Ministries and Arts at the Kirk in January 2010. Prior to being called to the Kirk, he served Reid Memorial Presbyterian in Augusta, Ga. He has served congregations in Columbia, SC, and Petersburg, VA. He has one son, Lawrence.

His choirs have recorded for the Georgia Public Broadcasting Network and been invited to sing at Westabou Arts Festival and at the yearly Lessons and Carols service with the Augusta Collegium. The Kirk choir has been invited to lead in worship at Montreat Summer Worship. In addition to presenting in the public school system in SC, and serving as clinician at handbell festivals, he has served as a presenter for LOGOS Systems Associates for several years. 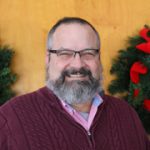 Jonathan Sherrod is the Temporary Associate Pastor for the Kirk of Holly Springs, the Kirk’s satellite campus in southwest Wake County. From a family of Presbyterian ministers, Jonathan is originally from South Carolina, but he has called North Carolina home for a majority of his life.

He graduated from King College in Bristol, TN, (where he first met Jody who was serving 1st Pres in Bristol) in 1987. A 1992 graduate of Union Presbyterian Seminary, Jonathan has served congregations in a variety of capacities: stated supply, interim, full-time solo, and, now, Associate Pastor for a New Worshipping Community and satellite campus. He has also served the PC(USA) as a camp director for 12 years having served multi-site outdoor ministries in North and South Carolina.

Jonathan is married to Dr. Camille G. Sherrod, a veterinarian working in North Raleigh. They have a daughter,  Zane. The Sherrod’s make their home in Knightdale along with their cats and dog. Jonathan enjoys Marvel and Star Wars movies with Zane, taking walks with Camille, and cooking on the grill. While not a great golfer, he enjoys the game, especially when playing with the Presbyterian Minister’s group.

Dr. Moon Choi joined the Kirk staff in 2016. A native of South Korea, he is a pianist, organist, and collaborative musician. He earned a master’s degree at New England Conservatory of Music under Professor Victor Rosenbaum. At the Conservatory, he received multiple scholarships and won the conservatory’s honors piano competition. Granted a full scholarship, he earned another master’s degree in Collaborative Music and a Doctor of Musical Arts degree in Piano Performance at Michigan State University. Since coming to the USA, he also studied Organ under Dr. Tom Handel, Dr. David Lynch, and Mr. Christopher Jacobson at Duke Chapel.

As a solo recitalist and guest artist, Dr. Choi has enjoyed an active performing career throughout the United States, South Korea, Russia, and Italy. He performed at Jordan Hall in Boston and was invited to perform in the Carnegie Weill Hall in New York City.

Dr. Choi was a pianist for the Korea National Opera and performed more than 50 concerts with their artists. He worked as staff pianist for the New England Conservatory in Boston and he was invited to be an instructor for young musicians at the Iksan Art Center in South Korea.

Learn About Our Parish Associates & Nurse

Rev. Willem Bodisco Massink, was born in the Netherlands and served his country as an MP in the Dutch Army. He graduated from the State College for Agriculture with a B.Sc. degree in Tropical Agriculture and received his M.Div. from the Colgate Rochester Divinity School in Rochester, New York in 1974.

Willem became pastor of the United Protestant Church of Curacao, the Netherlands Antilles, returned to the USA in 1977 and for the next 30 years served churches in up-state New York and Pennsylvania. He was honorably retired in 2007 from Susquehanna Valley Presbytery. Willem is married to Janet and they have 4 children and 11 grandchildren.

Alice is a native of Pittsburgh, PA and came to North Carolina with her husband John in 2012. While raising her family of four children, she attended seminary at Union (VA), Pittsburgh and San Francisco, earning MDiv and MA (Christian Education) degrees.

She has served the church in Pennsylvania and West Virginia as a pastor, church educator and presbytery staff. She has a background in theater and dance, and now she and John keep busy traveling and doting on their 11 grandchildren.

Troy is a native of Virginia and his wife Lynda is a native of West Virginia. They married in 1973 and have two children and two grandchildren. They have been visiting the Kirk three or four times a year, since their daughter and son-in-law, Stephanie and Neil Horman, joined the Kirk almost 2 decades ago. “We have always felt welcome here.”

Troy received a BA in Philosophy from Virginia Commonwealth University in 1975 and D. Min. from Union Theological Seminary in Virginia in 1979. After graduation Troy was ordained and installed as the Pastor of the three small Presbyterian Churches in southeastern North Carolina; Black River Presbyterian in Ivanhoe, Caswell Presbyterian in Atkinson, and Currie Presbyterian in Currie. He served those churches until May of 1983.

He values the education he received at VCU and UTS but even more what he learned from the people of Black River, Caswell, and Currie who in accepting him as their minister gently taught him what it means to be a pastor.

Ron McMenamin, with his wife, JoAnn, retired to North Carolina in 2004 after serving Presbyterian churches in Iowa, Wisconsin, Minnesota, and Missouri for forty years. They met at Ganado Mission, a mission compound on the Navajo Reservation in NE Arizona. JoAnn was working as a Medical Missionary and Ron a short term Christian Educator.

They have three children living in Chapel Hill, Morrisville and Groisse Isle, (Michigan) Ron is a graduate of Dubuque Theological Seminary and the D.Min program of Princeton Theological Seminary. He has additional certification in Church Business Administration.

A parish nurse is a registered nurse who works with a faith community to address holistic health (mind-body-spirit) and provides education, advocacy, resources and caregiving.

Caryn may be contacted at:
nurse@kirkofkildaire.org

Ellen is a native of North Carolina. She is a 1986 graduate of the business school at UNC-CH and has specialized in non-profit accounting. She and her husband have two mostly grown daughters. Ellen spends her free time reading, exploring local parks, and taking Spanish classes.

Cyndi joined the staff in August 2015 and is the first person you see when you walk into the church office. She lives in Apex with her High school sweetheart (Chris Wilson), 3 children (Madison, Bryce & McKenna), and 2 dogs. Cyndi loves spending time outside gardening, cooking and watching her kids play softball and baseball.

Joel is our part-time office assistant. On his office days, he is the second person you see when you walk into the church office. Joel is a long-time member of the church and is also great at answering questions and providing encouragement.

The new Governance structure (adopted by the congregation in 2012) assigns governance and ministry decisions to appropriate bodies and staff, while seeking to be flexible in addressing the changing needs of our congregation.

The Session is ordinarily composed of the Teaching Elders and thirteen (13) Ruling Elders, including one Youth Elder. Its focus is the larger issues of our church: discerning the mission and direction of the church, establishing goals in cooperation with the Ministry Teams, and participating in denominational issues.

The two standing Committees of the Session are the Personnel and Finance Committees. These two aspects of the church’s life are so interwoven with the policies and actions of the Session that they demand direct Session representation.

The Staff are guided by individual job descriptions and, as a general principle, serve as mentoring, coaching resources for one or more broad areas of ministry.

The governing year runs from April to March of each year, with the installation of incoming Ruling Elders occurring in March, and their terms of service beginning in April and ending in March.

The fiscal or stewardship year runs from January to December of each year.